Digital Technologies in the Work of Advocates and Lawyers

On September 21, an online international conference dedicated to the future of legal profession took place

Konstantin Dobrynin, Council Member and State Secretary of the RFBA, attended the international roundtable dedicated to discussion of challenges the legal profession is facing during the coronavirus pandemic

Freedom of Movement for Advocates Should Be Ensured

Meeting with the Head of the International Arbitration Center

On November 13, 2019, Yuri Pilipenko, President of the RFBA, met with Simon Davis, the new President of the Law Society of England and Wales. The meeting was held during the 10th anniversary English Law Week in Moscow. 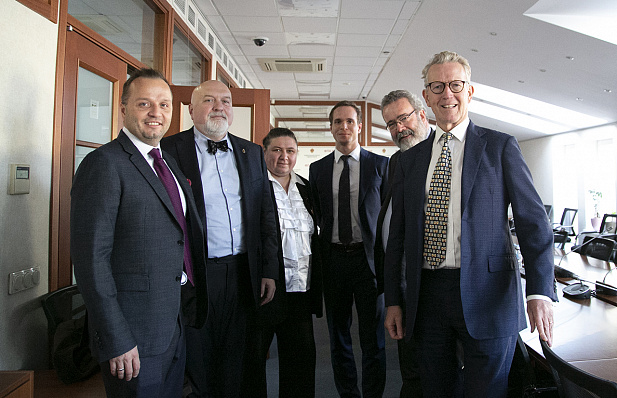 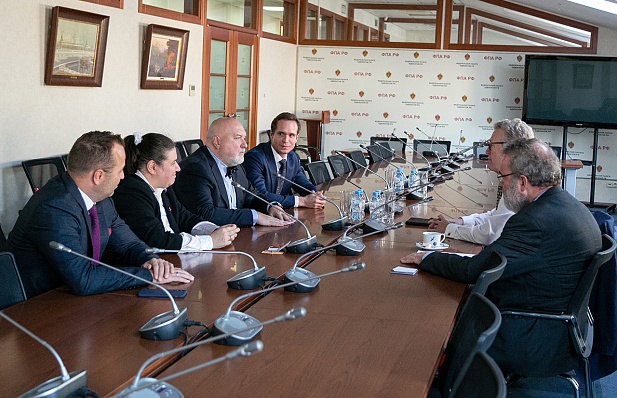 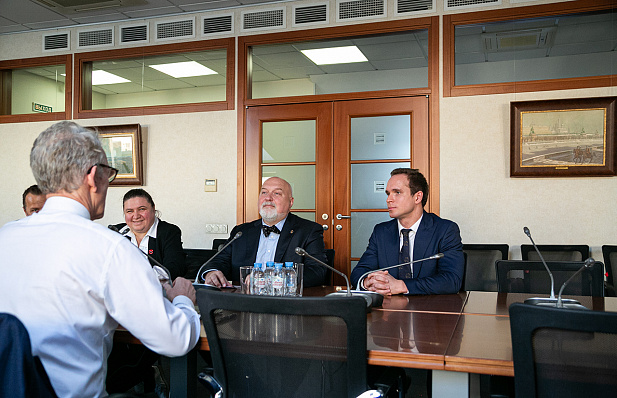 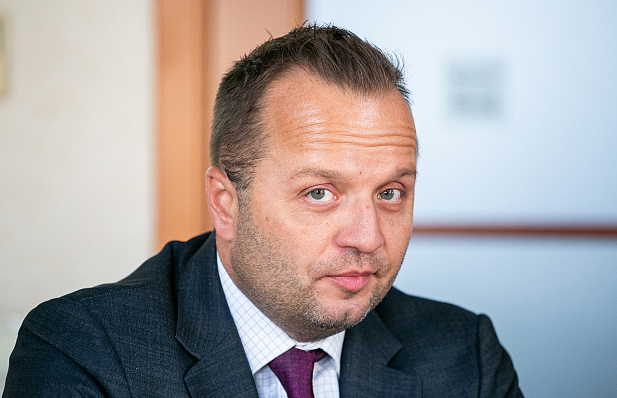 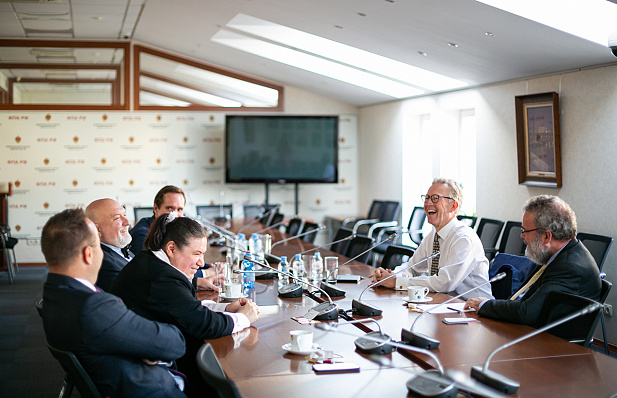 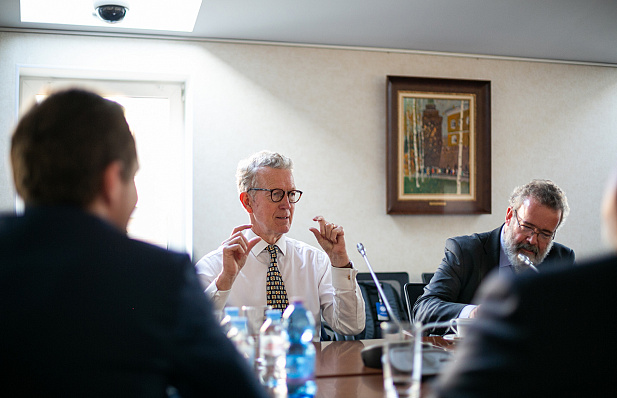 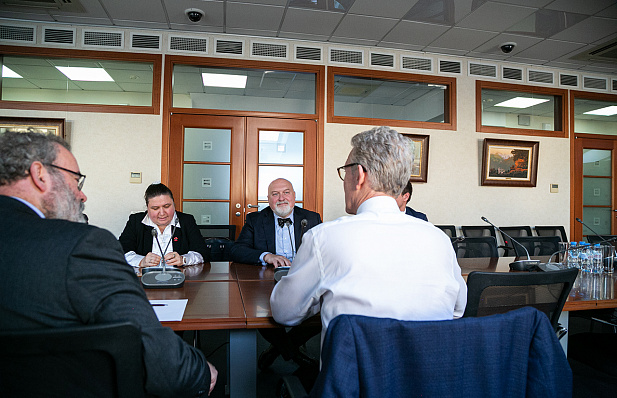 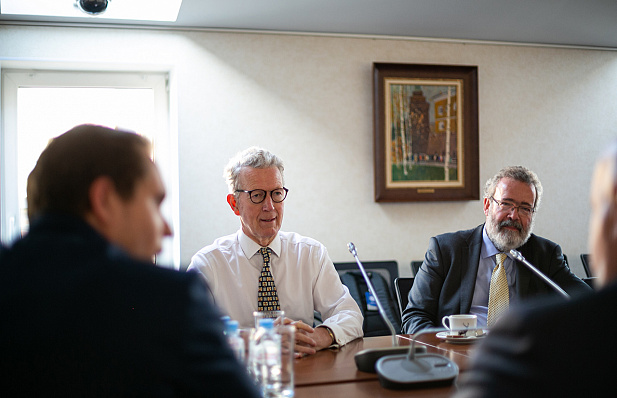 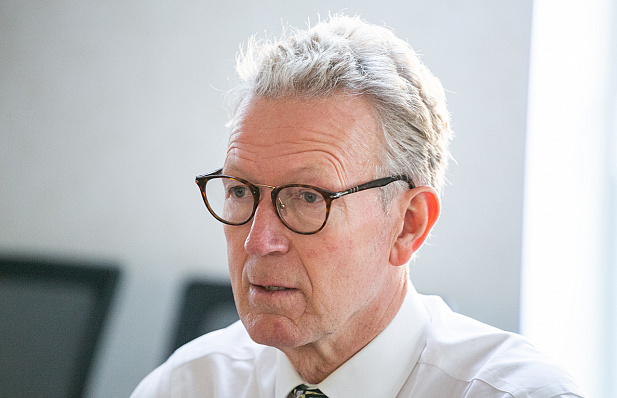 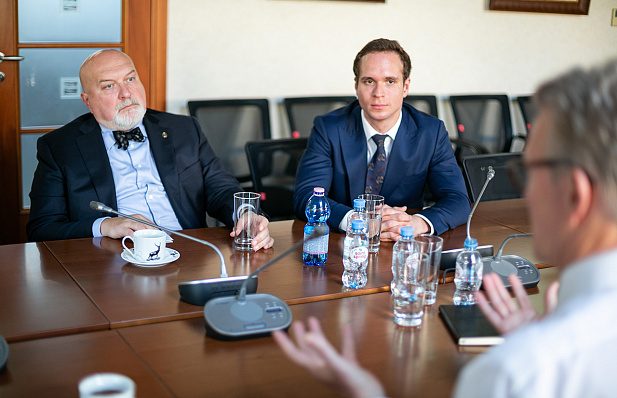 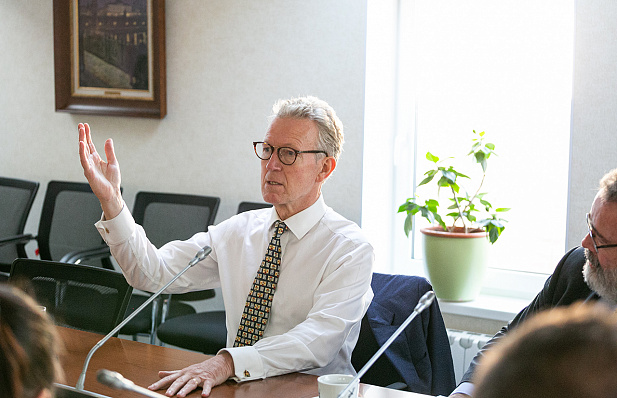 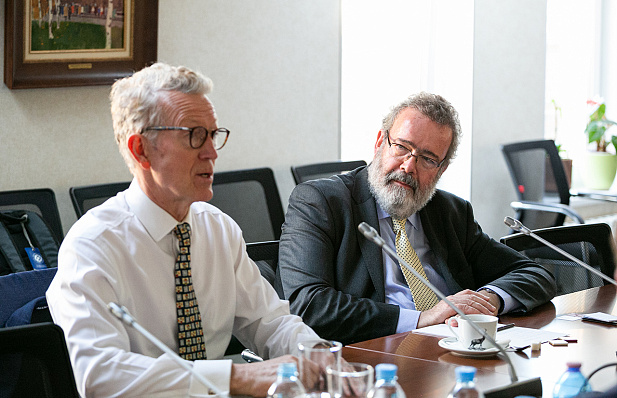 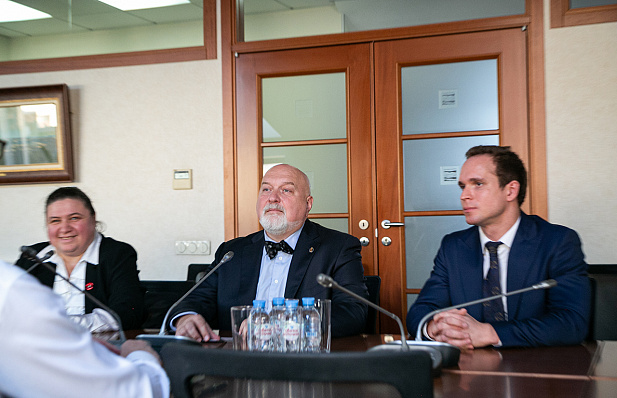 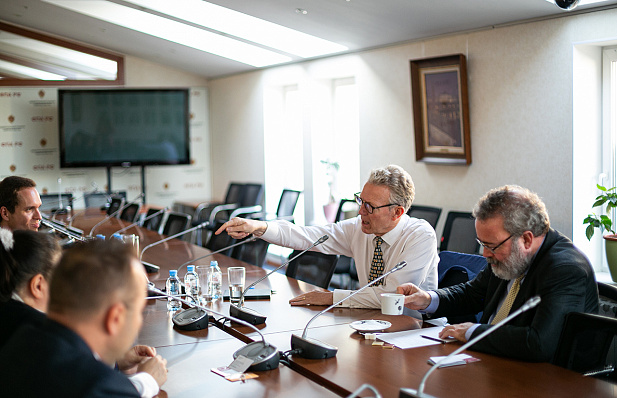 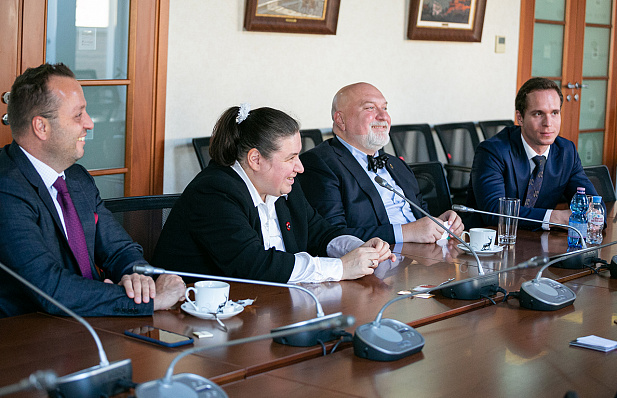 The meeting was also attended by Elena Avakyan, member of the Council of the RFBA, Konstantin Dobrynin, State Secretary of the RFBA, Aleksandr Shefer, International Relations Officer of the RFBA, and Stephen Denyer, Director of Strategic Relationships of the Law Society of England and Wales.

At the meeting, Yuri Pilipenko invited his English colleagues to take part in the international conference of the RFBA, which will be held as part of the X St. Petersburg International Legal Forum (SPBILF). The anniversary forum will be held on May 19-23, 2020. Yuri Pilipenko has no doubt that the 10th SPBILF will bring together a record number of participants, and expects the organizers to be able to make this event special: the business part should be eventful and useful, and the cultural program festive and unforgettable.

Yuri Pilipenko addressed Mr. Davis: “It has already become a tradition that the RFBA holds its international conference within the framework of SPBILF with the attendance of our foreign friends. We will be happy if you can come and speak at the conference.” He also mentioned that at the 9th SPBILF international conference dedicated to the lawyers’ fees, Christina Blacklaws, the former President of the Law Society of England and Wales, told about the current practice in England and Wales.

Simon Davis thanked for the invitation and said that he would be happy to take part in the X SPBILF and the RFBA conference. He also noted the efficiency of the experience exchange during the personal meetings of lawyers.

The participants agreed to comprehensively develop the existing friendly relations between Russian and English bars.